We are the No 1 choice for Companies in Salford who require a 5 star electrical service, we also provide a dedicated price match guarantee on any like for like quote, for any electrical installation . We offer a bespoke service Electrical Testing In Greater Manchester, with working available outside normal working hours.

Manchester Electrician ltd carry out Electrical Testing to NICEIC standards. All our electricians are Niceic approved. 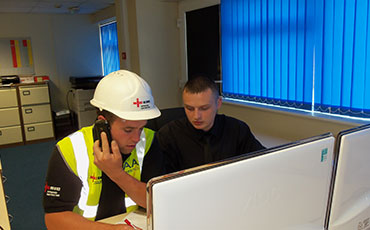 Our electrical EICR Tests services range from full electrical project management to the installation of a single socket. We work in line with British standard BS 7671:2008, so you can trust all our work is carried out to the highest standards.

Electrical Testing Comes Under Many Names

They are all the same Niceic Report.


They are all Niceic Approved.


Manchester Electrician Ltd are your local Electrical Testing electrician in Salford, we can cover all your reports and paperwork. We can also carry out electrical maintenance to existing buildings, this includes inspection & testing (periodic inspection reports). electrical EICR Tests will carry out an electrical survey, known as a periodic inspection report (PIR) which will reveal if electrical circuits are overloaded, find potential hazards in the installation, identify defective work, highlight any lack of earthling or bonding and carry out tests on the fixed wiring of the installation. The report will establish the overall condition of all the electrics and state whether it is satisfactory for continued use, and should detail any work that might need to be done.

Manchester Electrician Ltd are your local Niceic Tests Salford in Salford. We are LED Lighting Installation and Conversion specialists, working for the retail, commercial and educational sectors. We provide free LED lighting surveys and quotations, with no obligation.

We are NICEIC Approved Electrical Tests who specialise in Fixed Wire Testing. We carry out Electrical Testing for Commercial and Industrial customers. We also guarantee to beat any like for like quote, given to you by another Niceic electrical contractor.

An out of date NICEIC certificate could invalidate your insurance. Call us Now !!

Leave a comment or request a quote. Our electrical EICR Tests will get back to you as soon as possible